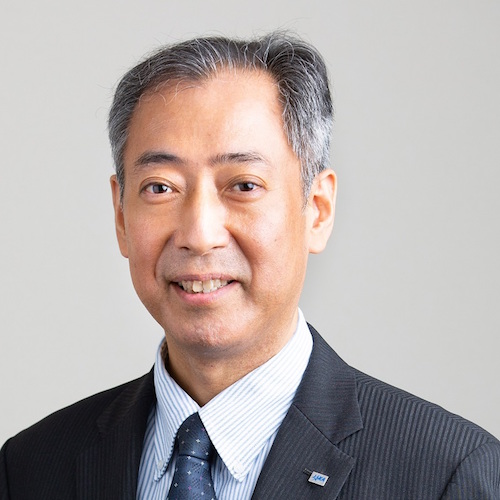 Dr. Hiroshi Yamakawa became a research associate and an associate professor at the Institute of Space and Astronautical Science (ISAS/JAXA) in 1993-2003, and an associate professor at Japan Aerospace Exploration Agency (JAXA) in 2003-2006. He engaged in mission design of numerous Earth-orbiting scientific satellite projects as well as in lunar and interplanetary missions. During his professorship at ISAS/JAXA, he was a visiting scientist at NASA JPL in 1997-1998 and at ESA ESTEC in 2002. And he was appointed as the project manager of the ESAJapan collaborative mission to Mercury "BepiColombo" from 2000 through 2006. Dr. Yamakawa then moved to Kyoto University in 2006 as a professor at the Research Institute of Sustainable Humanosphere. He was appointed as the secretary general at the Secretariat of Strategic Headquarters for Space Policy, Cabinet Secretariat, Government of Japan in 2010 through 2012. Then, he was assigned a member of the Committee for National Space Policy, Cabinet Office from 2012 through 2018. Since April 2018, Dr. Yamakawa resides as the President of JAXA.

The Space Sector as a Pillar of Japan's National Growth Strategy